The Role of Yoga in Healing Trauma


"What we're learning," says one author of a study that focuses on girls in the juvenile justice system, "is that fights go down on wards after adolescents participate," in yoga. Girls, she adds, "are requesting medicine less often." 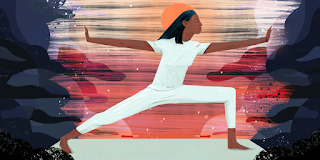 The Role Of Yoga In Healing Trauma

ANYA KAMENETZ
FacebookTwitter
Two Georgetown pilot studies showed girls and young women who did yoga reported better self-esteem and developed skills that they could use in stressful situations — taking care of their own children, for example.
Educators and others who work with youth are, increasingly, paying attention to the science of trauma.
Large studies show that people who have been through one or more "adverse childhood experiences" have not only poor mental health outcomes, but also higher incidence of heart disease, diabetes and even some cancers. Those experiences might include such things as physical abuse, the incarceration of a close family member or mental illness in their household.
Further, statistics show that compared with boys, girls experience different forms of childhood trauma, with an impact that adds up over time. They disproportionately experience sexual violations, for example. And, for girls, this abuse is more likely to occur in the context of a relationship, Epstein says, which interferes with forming intimate and trusting relationships with others.
The new Georgetown Law report argues that, since the effects of trauma can be physical, "body-mind" interventions, like yoga, may be able to uniquely address them. Regulated breathing, for example, calms the parasympathetic nervous system. Practicing staying in the moment counteracts some of the dissociative effects of trauma. And the physical activity of yoga, of course, can directly improve health.
Yoga that is specifically designed for victims of trauma has modifications when compared with traditional yoga teaching.
Read more here.
Posted by goldlionaz at 11:11 AM

Remarkable physical change in blood cells following a 45 minute Gong Meditation.  What we discovered was a remarkable healing transformat... 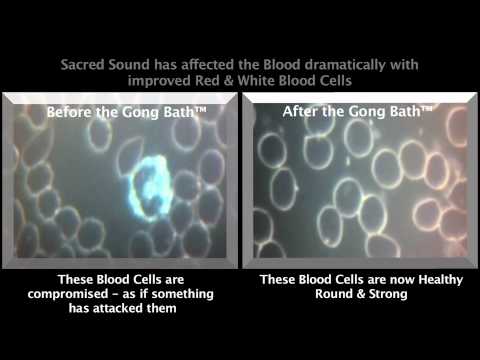